So, I had this grand idea to make some art.  A couple months ago I bought these two pieces of photography on stretched canvas to hang on either side of this cool multi-colored mirror that Mom gave me.

I wanted something black-and-white to tie in with the big D hanging above the bed, and I figured it wouldn’t clash with any of the colors in the mirror.

But the more I looked at them and the longer they hung on the wall, the more I started to dislike them.

Maybe it’s the color of the wall that makes them look washed out, or maybe I just don’t like the photography as much as I thought.  I began to think… if you’re going to have a photo of architecture on the wall, shouldn’t you have been there yourself?

But whatever the reason, I was dissatisfied with the art.  So one day I was at a local store (Aspen Bay) while looking for something else (the frame for my sampler) and saw this really cool art on canvases the same size as the ones on my wall at home.  So I snapped two pictures on my iPhone and decided to try to replicate the art. 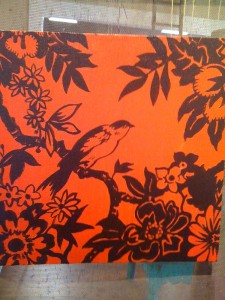 So, step one: paint over the black-and-white with a background color.  I bought blue, red, and black acrylic paint.

(Cora tried to help… which lasted approximately 5 seconds, until the lure of a moving paint brush prompted her to jump onto the canvas and get blue paint all over her paws, prompting me to chase her down the stairs and out the door.)

The blue was easy; three coats later, and it was ready to go (I waited an hour in between each coat).

The red was a different story.  It just wasn’t opaque enough, so each coat left traces of the photography in plain view.  Five coats later, you could still see the building through the red.

I went to an art store and bought some more paint.  Still transparent. 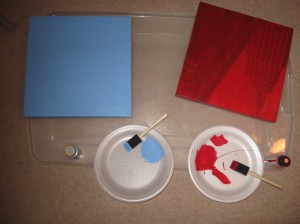 Then I started have second thoughts about the birds.  I kept looking at the outline of the birds and vines and flowers that I had printed from the iPhone pic.  It started to seem daunting.

So I sat back and left it alone for a week or so.  I began to rethink.  And I decided that I would do something simpler, but keep the idea of a black outline on top of the blue and red backgrounds on the canvases.

I printed out two pictures of Cora and Tali and outlined their faces. 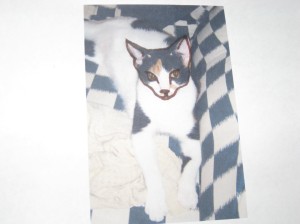 Then I enlarged them 200% on my copier to have a black-and-white outline. 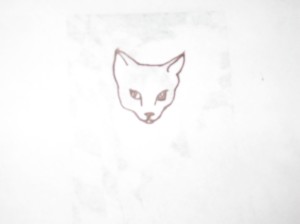 At that point, I wanted to paint the outlines of their faces on each canvas: blue for Tali and her calm personality, red for Cora and her fiery self.

I cut out each outline but I just couldn’t figure out how to do it.

So I got frustrated and just mod-podged the paper directly onto the canvas.

Not exactly what I was going for.  Tali looks like a bear and Cora looks demonic. 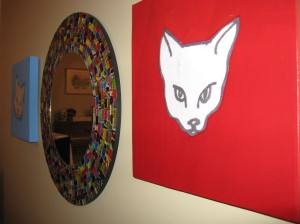 A big Fail with a capital F.  But… they are kinda funny, and the faces do look kinda recognizable.  So I guess I’ll keep them up as Halloween décor and decide what to do with them later.  Maybe they’ll grow on me? 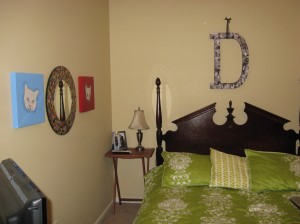 (P.S. Do you like the new bedspread?  Dirt Cheap for $20, with an extra pillow case for contrast in the middle for $2!)

One thought on “Craft Fail”

Wednesday again! Here’s a peek at my current works in progress. Happy Birthday cross stitch The central scene is done! So now there is just the border and the rest of the “Happy birthday Jon” message to go. Crossing my fingers it will be done in time for his birthday, because most of my crafting […]

The world feels as if it’s on fire, but we’re still trucking along over here. May was another month of social distancing/isolating, and another month of solid reading. I got a little burned out on contemporary fiction, but finished the month with one of the best books I’ve read all year! This year I’m continuing […] 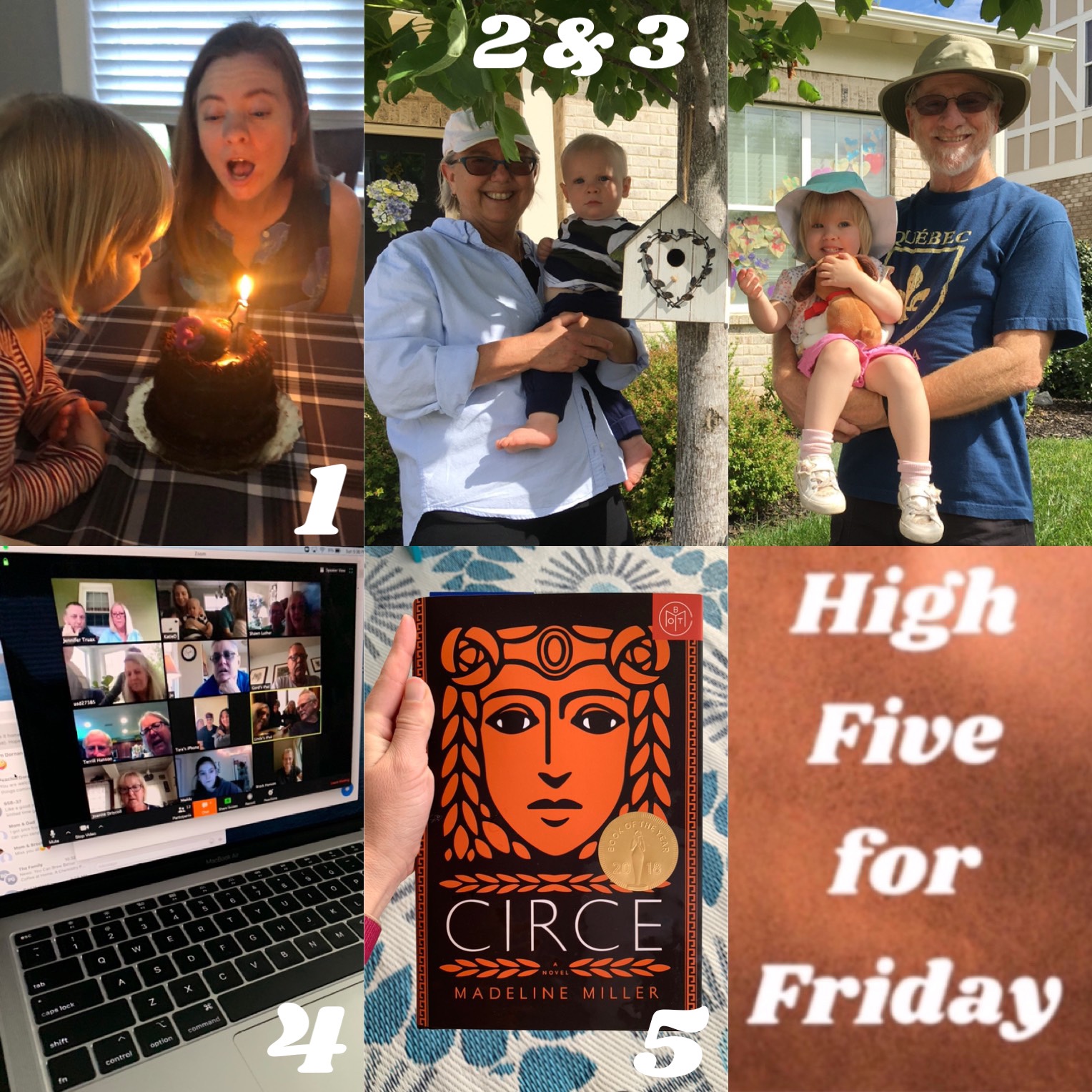 I missed a week, so today I’m sharing five highlights from the past two weeks, as a reminder to stay grateful. 1. 33 2. & 3. Gaga and Pop (and all their hard work!) 4. Family Zoom 5. Currently reading