I thought I was taking a break from yearlong cross stitch projects, but those sneaky Frosted Pumpkins caught me at a weak moment by debuting a new mystery SAL during my birthday month… and the thought of chronicling my 30th year with adorable kawaii pies was too cute to resist! So here I am again with a monthly update on my progress.

If you’re interested, you can check out my completed yearlong cross stitch projects here:

June’s pie is Key Lime pie! This little guy stitched up super quickly since I already had some of the framework started. I worked on the border a bit after the pie was done, and I’ll continue adding to it throughout the year.

I probably won’t bake the featured pie every month, but I actually used the included recipe since my Dad loves key lime pie and my parents happen to be visiting this week. It’s in the fridge now, I’ll let you know how it tastes! 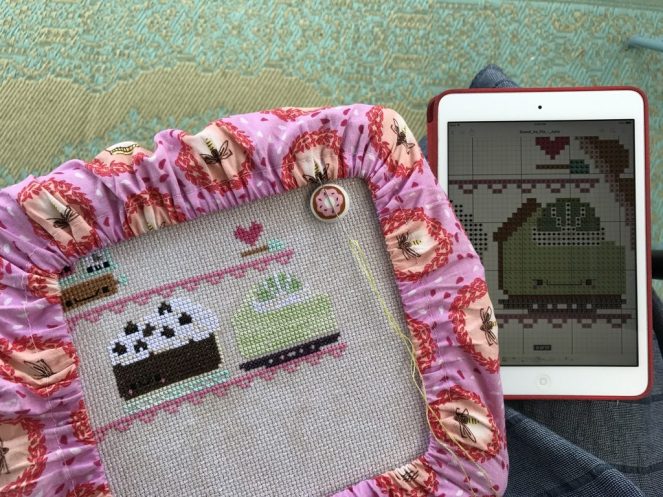 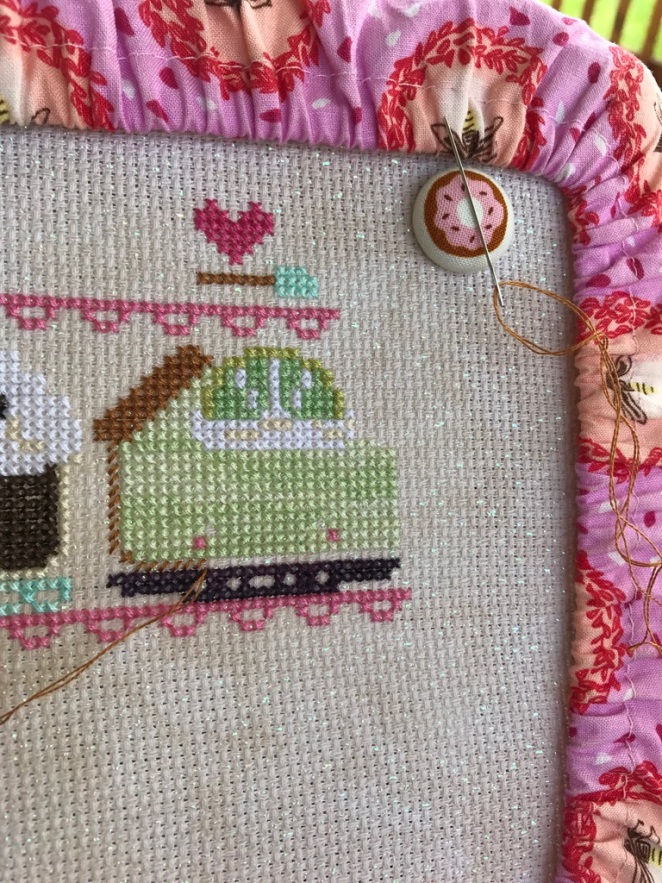 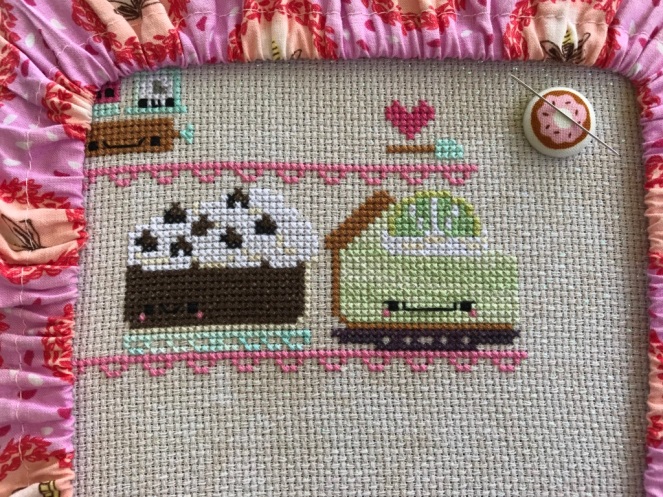 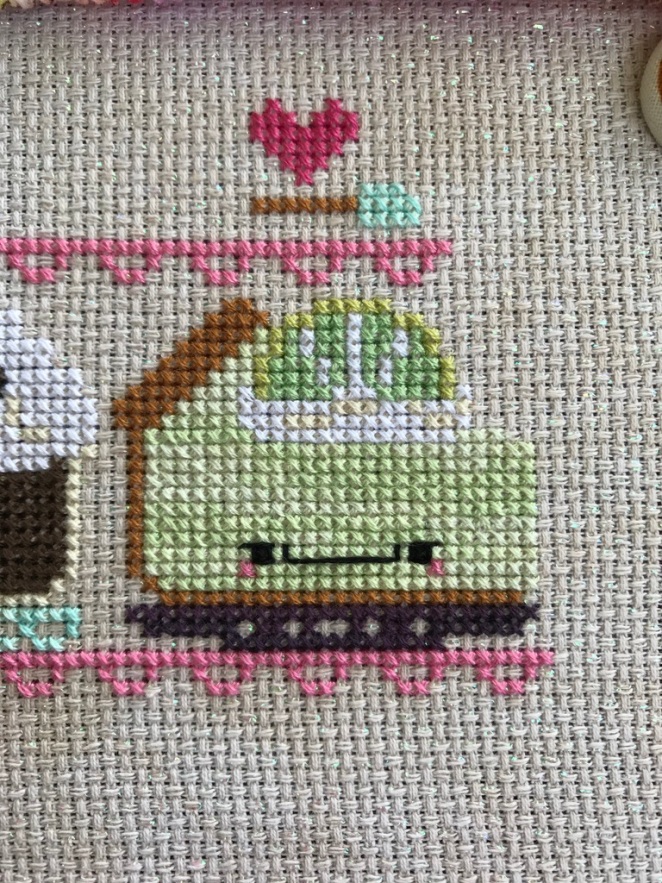 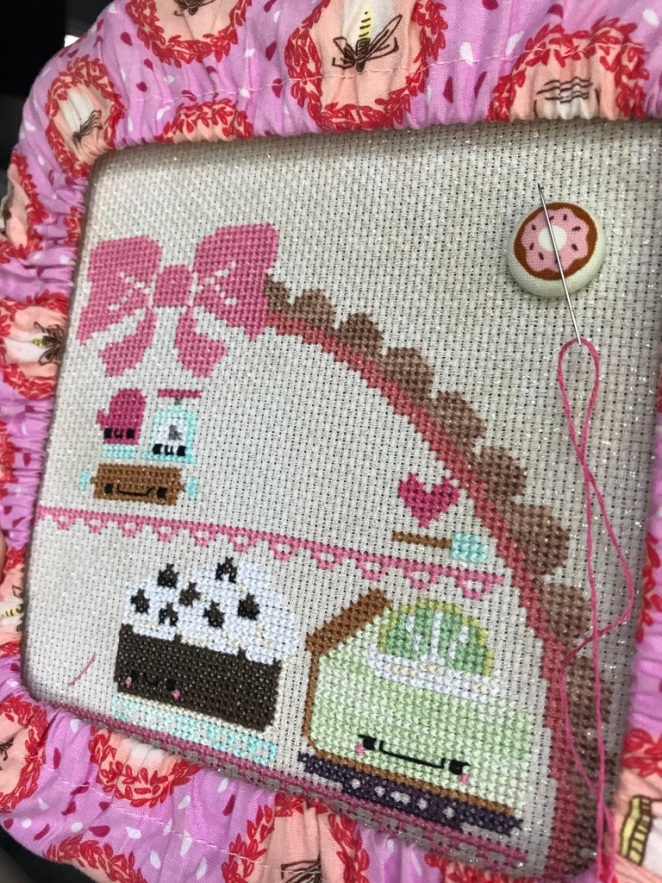 Every Friday I share five highlights from my week, big or small, as a reminder to stay grateful. I skipped a week so today I have a double high five to share! This week: 1. Family together again after 7 months! 2. Early voting 3. Taby activity 4. Yoga 5. Pumpkin painting … Last week: […] 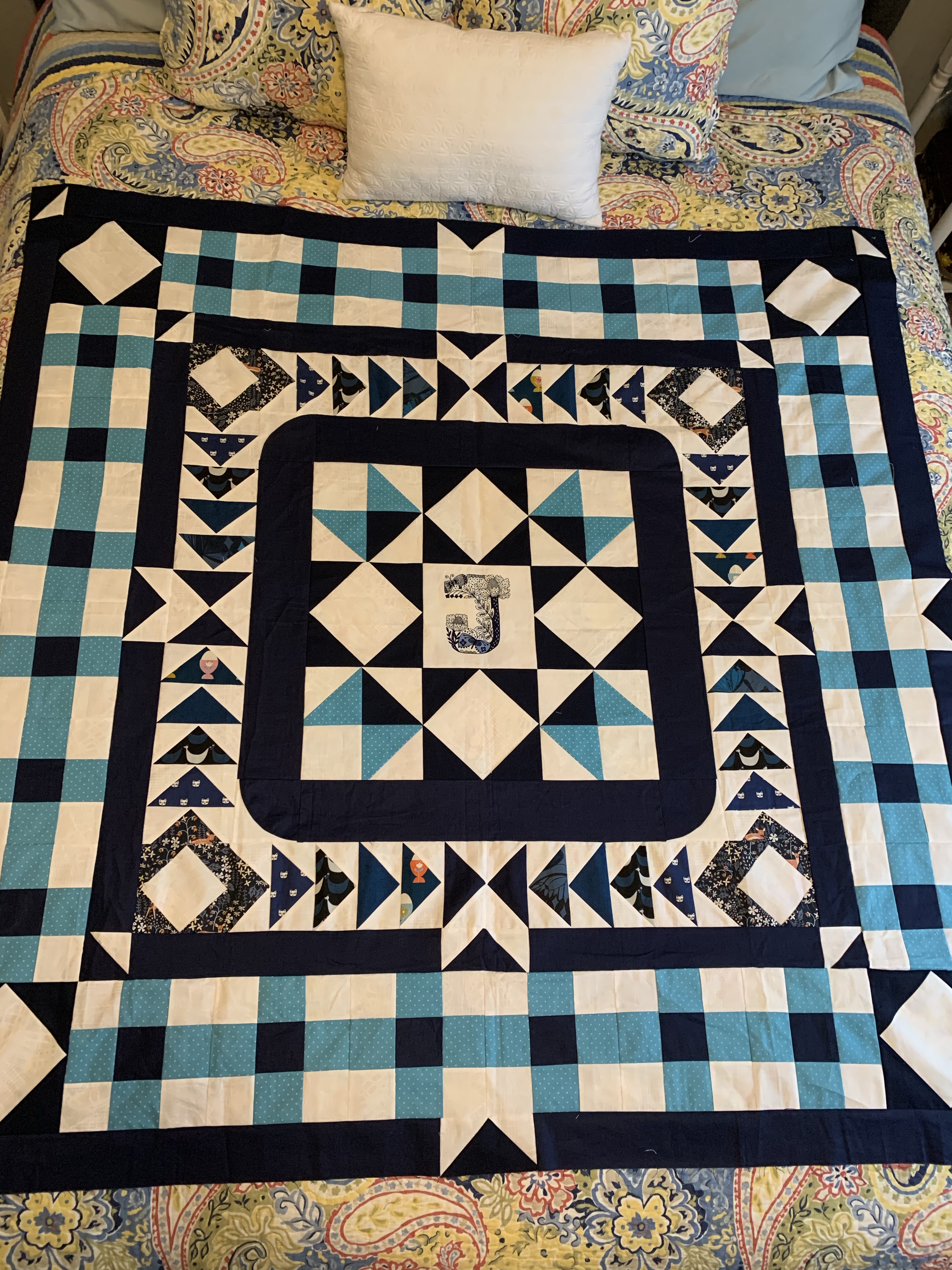 Another Wednesday, another peek at my current works in progress. MCMQG Medallion quilt Round 6 of the medallion quilt pattern was a quick one. Just one more round to go! … Tinsel cross stitch Started a fun new cross stitch, the same smallish size as the last one I did. … That’s all for now!

Another Wednesday, another peek at my current works in progress. Pumpkin Spice cross stitch A finish! This one was so cute and fun to stitch that I’m already planning to stitch another one in the series. … MCMQG Medallion quilt Round 6 was just released so I snuck in some sewing time between guests before […]